Anxiety disorders are one of the most common disorders in the United States today. They affect 18% of adults and 25% of children between the ages of 13 and 18. While conventional therapy and medication are the most common treatments for anxiety, more practitioners are now offering neurofeedback as a treatment option.

Neurofeedback is a non-invasive method of training the brain to regulate its activity levels. It does this by measuring an individual’s brain waves using sensors attached to their scalp. This information is then used to help train the brain to function better by providing visual or auditory feedback on how well it is working.

Neurofeedback has been shown to be effective in treating a wide range of conditions, including migraines, epilepsy, depression, ADHD, chronic pain, and PTSD, as well as anxiety disorders such as social phobia, panic disorder, generalized anxiety disorder (GAD) and obsessive-compulsive disorder (OCD).

How Does Neurofeedback Training Work?

The first step in neurofeedback training is for you to receive an EEG (electroencephalogram) from a licensed neurofeedback practitioner. This test measures your brain waves and how they change over time. Then, you’ll be able to see how your brain responds when you’re stressed or relaxed—or even when you’re playing video games!

After this test, the neurofeedback therapist will ask you about your goals for treatment; then they’ll create a plan for what exercises would be most helpful for improving your mental health issues. These exercises are designed specifically for each person and may involve video games or other activities designed specifically for neurofeedback therapy purposes.

To complete these exercises, all you have to do is relax and follow directions on the screen while wearing headphones—and within weeks or months, you’ll start feeling more focused and in control.

Neurofeedback uses a range of different techniques to improve your brain’s functioning. Some of these include:

-Visualization -Visualizing yourself while performing tasks improves your ability to perform them in real life. This technique can help you focus more easily and learn new skills faster.

-Breathing -Breathing exercises can help reduce anxiety and stress levels by calming down your body’s fight-or-flight response system. This can be especially helpful if you’re dealing with anxiety or panic attacks that are keeping you from being able to focus on your work tasks at hand!

-Mental imagery -Mental imagery is an exercise where you imagine yourself performing certain activities with ease and confidence, such as playing a sport or instrument, dancing gracefully across an empty stage without any music playing (for example), or even just walking down the street without tripping over anything or anyone!

Benefits Of Neurofeedback Training for Anxiety

Neurofeedback is one of the most effective ways to treat anxiety. It works by training your brain to recognize when it’s in a state of anxiety and then using a computer screen to guide your brain back into a calmer state.

When the sensor detects increased activity in one part of the brain (for example), it sends out a signal which tells another part of the computer screen (the “coach”) to change what’s happening on screen so that it matches what would happen if that area was calm again

Neurofeedback training has been shown to have a wide range of benefits, including:

Why Choose Neurofeedback Training for Anxiety

Neurofeedback is a non-invasive form of treatment that uses mild electrical stimulation to help people with anxiety disorders. The treatment involves placing sensors on the scalp that detect brain waves, which are then monitored by a computer program. The software then uses those signals to deliver a small amount of electricity to certain parts of the brain.

The brain responds by adjusting its own activity in order to reduce the amount of stimulation it receives from the electrodes. This process can take several sessions and usually takes place once per week for 30 minutes at a time.

Neurofeedback has been shown to be effective at reducing symptoms related to anxiety, including depression and insomnia. One study showed that participants who received neurofeedback saw an average improvement in symptoms after just two sessions lasting 30 minutes each. Another study found similar results: After five sessions over four weeks, patients experienced significant reductions in symptoms such as tension headaches, insomnia, and fatigue. 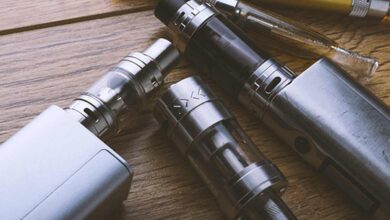 Is Kamagra Jelly an adequate treatment for erectile dysfunction (ED)? 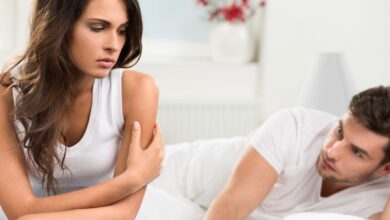 Lack Of Libido – Causes And Treatments